The topic of today’s “Let’s Talk” series is sewing machines:  What kind of sewing machine would you recommend and/or do you currently use?  This is a question that I get asked a lot!

You can find the previous “Let’s Talk” discussion at Let’s Talk:  Pressing Seams Open vs. to the Side. As a quilt instructor and shop employee, I meet many people that are ready to purchase a new machine or upgrade their old one.  I am also exposed to many different sewing machines in my classes, and I learn how to set them up for quilt specific techniques such as piecing, free motion quilting and applique.  Because of this, I have learned a bunch about all kinds of sewing machines.

My own experience with different brands of sewing machines is also greater than I care to admit.  But for the sake of a healthy discussion, I’m going to confess the number and types of machines I have owned in the past and currently.  I have sewn on a Kenmore, Viking Lily 540, Viking Designer II, Janome Jem, Janome 3160 QDC, Bernina 440QE, Pfaff Expression 2.0, Pfaff Performance 2054 and Juki TL-2010 Q.  Phew!! That’s 9 total machines and 5 different brands.

I currently own four sewing machines; the Bernina and Juki are in my sewing room, the Janome 3160 is on loan to a friend, and the Pfaff 2054 is kept at the shop that I work at.  So, really that’s only two machines that I use regularly.  That’s not bad, right?  Do I need to start going to monthly {blank} anonymous meetings? Let me share my sewing machine experiences with you and then I’d love to hear yours.  The more comments you leave, the more information and knowledge for us all to share.

The first sewing machine I bought was a Kenmore, right off the showroom floor for about $200 (at most).  I had no idea what features to look for, but it was a basic machine and served me well for the maternity clothes, mending, Halloween costumes, dresses and Easter outfits I made.  When I started quilting 10 years later, I decided it was time for an upgrade.  I heard that Husqvarna Viking was a good machine and that you got a lot of “bang for your buck”.  I tested it out, and bought a Viking Lily 540 for about $700.  (I’m a terrible book keeper, so these numbers are very iffy).  This machine was a huge improvement in stitch quality, machine strength, and extra features such as a needle up/down button and a “hand-quilting” stitch.  I was quite happy and I think my quilting precision improved because it was simply easier to stitch a straight seam with this machine. Eventually, I started teaching quilt classes that were technique based such as free motion quilting and machine applique.  I decided it was time for an upgrade and I wanted a second machine so that I could take one to classes and leave the other one at home.  I invested in a Viking Designer II which had more bells and whistles such as automatic tension, thread cutter, auto presser foot lift and more stitches.  I used this machine for several years and I liked it, but there were a few things that I couldn’t live with.  I hated not having a presser foot lever that could manually raise and lower the foot.  It made it difficult to place the needle exactly where I wanted it to go (especially for applique).  I also didn’t like the fact that I couldn’t make micro adjustments to the blanket stitch settings for length and width.  It had defaults that prevented you from going between .5 and 1.0 (etc.) in length and width.  And so, it was time for this machine to find a new home (I sold it to a co-worker and both are very happy).

I started hearing about Berninas and I noticed that many of the “professional” quilters were using them.  I tested several different models along with some other brands such as Pfaff, Janome and Brother. After several weeks, I ended up with the Bernina 440QE.  I liked the stitch quality, the way it felt when free motion quilting, the fact that you could change the width and length of ANY stitch to ANYTHING you wanted and completely change the look of the stitch.  There are no presets or default conditions for their stitches.  This is a strong machine with great quality stitching.  I paid a little over $2,000 for it and I have never looked back. I LOVE this machine.  It is my “go to” sewing machine; my workhorse.  It has been consistent and faithful to me for over seven years.  The features I love:  automatic needle threader (I’ve never had to have it adjusted or repaired); the blanket stitches (all 4 of them) are the best I’ve seen on any machine; the walking foot is also the best that I’ve ever used (never a pucker in my quilting); the 1/4″ foot is awesome with 1/4″ on both sides of the center needle position and 1/8″ marks along the foot in front of the needle; needle up/down button; mirror image button; and the knee lift (it’s a great feature for applique work); the ability to adjust the presser foot pressure.

What I don’t like about this machine:  It’s heavy, so it’s not the easiest thing to lug around to classes; and it doesn’t have a large harp space (the space between the presser foot and the motor (body) of the machine, so quilting large projects is something I avoid.

I had been looking for an affordable option to add another machine to my studio that would allow me to quilt larger projects and I found it in the Juki TL-2010 Q.  This machine is another workhorse and it has lived up to my expectations.  I bought this machine online for $800.  It is a mechanical, non-computerized, heavy-duty machine and it weighs a ton.  It isn’t fancy and it can only do a straight stitch, but it does it well!  It has a large harp space and it comes with a large extension table and a knee lift.  These are great features for free motion quilting.  The picture below doesn’t show the harp space very well, but it is much larger than most. It also has a needle threader, a thread cutter and a speed control dial.  I have only used this machine for quilting, not for piecing (so far).  I hear that it pieces very well.  The only thing you can’t do with it is any type of zig zag stitch.  So, that rules out a lot of decorative stitches and applique work.  But, between this Juki and my Bernina, I am set for quilting. If I had to start from scratch and if I had the money, I would buy a Bernina 750.  This machine seems to have the best of all worlds.  The quality of a Bernina along with a larger harp space and lots of bells and whistles.  Maybe someday, but for now I feel fortunate to have my two workhorses.

Let me also tell you what I have experienced with Janome and Pfaff.  I have a Janome 3160 QDC and it’s a great machine for the money.  It’s lightweight so it’s perfect to take to classes or retreats.  It has a lot of extras such as an automatic needle threader, thread cutter, needle up/down button, and it comes with a nice extension table.  It has a good selection of utility stitches and it’s easy to use.  It has a good straight stitch, but it has a little trouble with powering over bulky seams.  Overall, a good machine.  I have heard their high end machines are nice to sew on as well.

I recently acquired a Pfaff Performance 2054 through Craig’s list.  The price was right ($200) and it was in great condition for a 12-year-old machine.  It creates a beautiful stitch and I like the IDT (integrated dual feed) system. This is one of the last Pfaff models made with their original bobbin system and that was manufactured in Germany (more about sewing machine companies at the end of this post). This machine is my spare that I keep at the quilt shop. And before that Pfaff, I had bought a brand new Pfaff, the Expression 2.0.  I had given my first Viking (Lily 540) to my oldest daughter when she got married and then there was this void in my life.  No, not really. I missed my daughter a lot, but the machine just a little. Actually, I had heard so much about the Pfaff’s IDT and I really wanted to try one out.  I was a little disappointed with this machine and after owning it for a year and a half, I just sold it on eBay.  I think it’s a good sewing machine, but not a good quilting machine.  I had difficulty chain piecing with it even though I bought a straight stitch throat plate that was supposed to help alleviate that problem.  I also wasn’t impressed with the way it quilted through a quilt sandwich.  I had puckers and all kinds of bad with quilting.  A walking foot wasn’t an option with this design, so I got very frustrated with it.  I only used it about a half dozen times.  Not my best investment, but you live and learn. I did some research on sewing machine companies in general and I’d like to share what I found.  This is not a comprehensive list and it isn’t necessarily perfectly accurate. But it is the best I could do without turning it into a thesis-type, research paper.  At least this is a good place to start. If you have better knowledge, then please let me know.

I know, it’s quite a list and a little confusing!  My best advice is to test out as many different sewing machine brands as you can, and bring your own quilt sandwich with you when you do.  Look for stitch quality and the ability to stitch over bulky seams (maybe bring something to test that with, too).  Don’t feel pressured; take your time and do your research.  There is a little truth to the saying “You get what you pay for”.  Save your money and buy the best that you can afford.  I’m going to follow up with another post about what to look for in a new/used sewing machine and with a summary of the comments from this post.  The online quilting community is a great resource, and I look forward to hearing your thoughts about sewing machine recommendations.  Thanks for making this a productive “Let’s Talk” series! 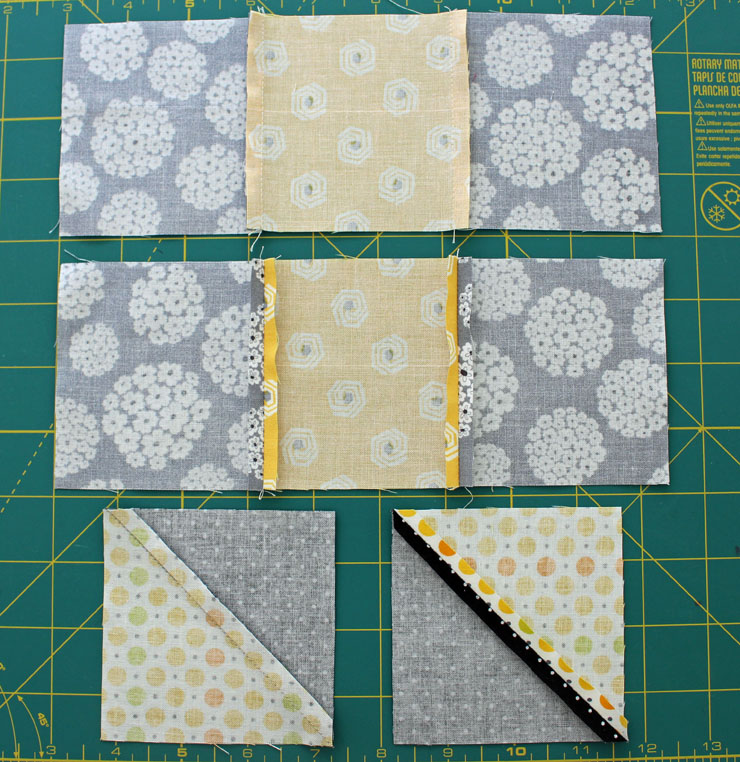 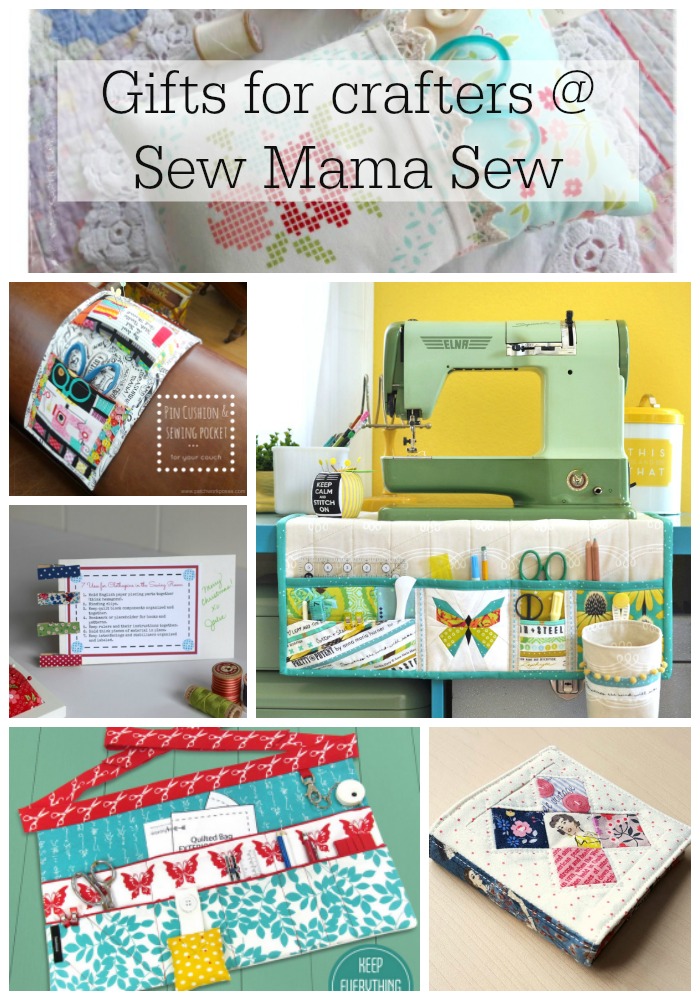 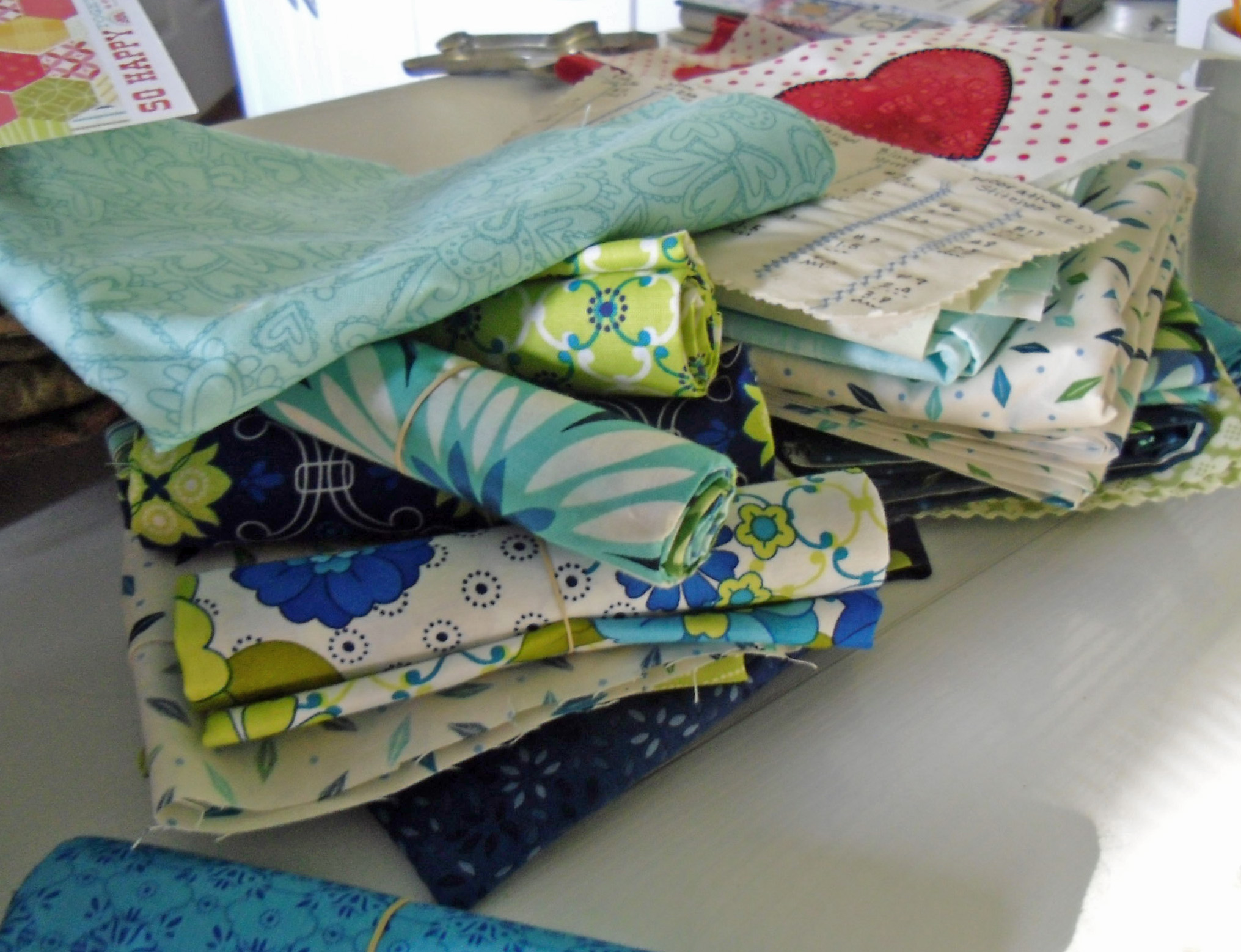 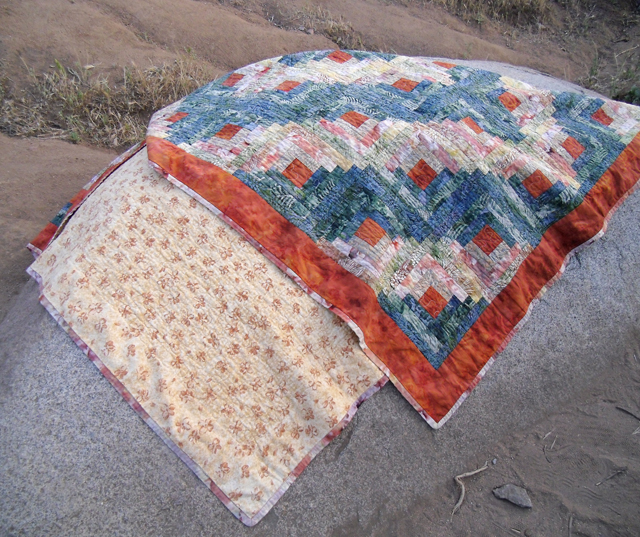 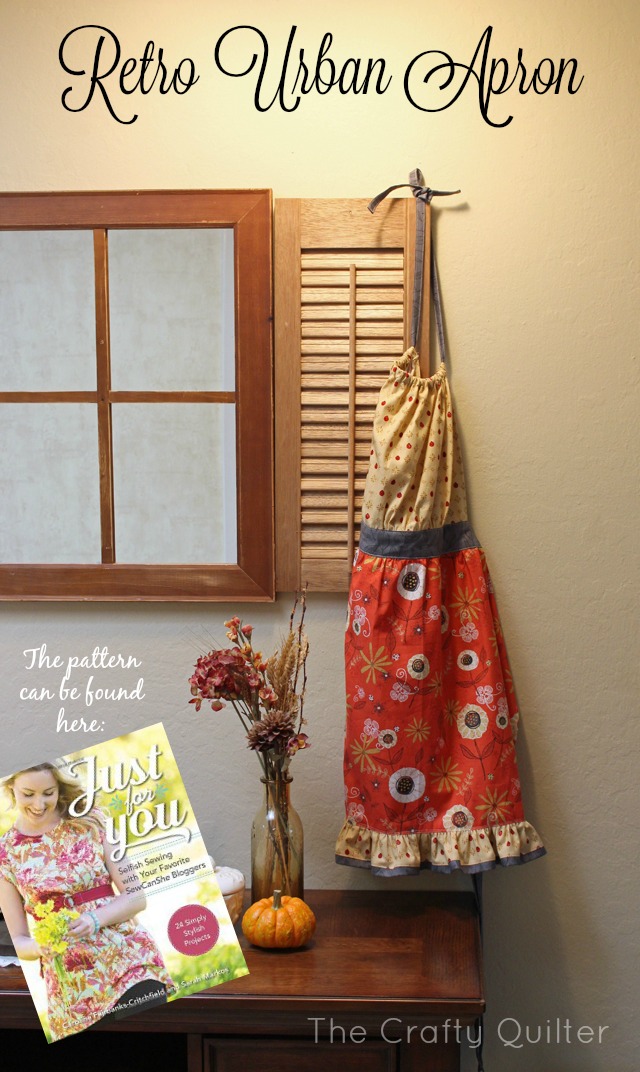 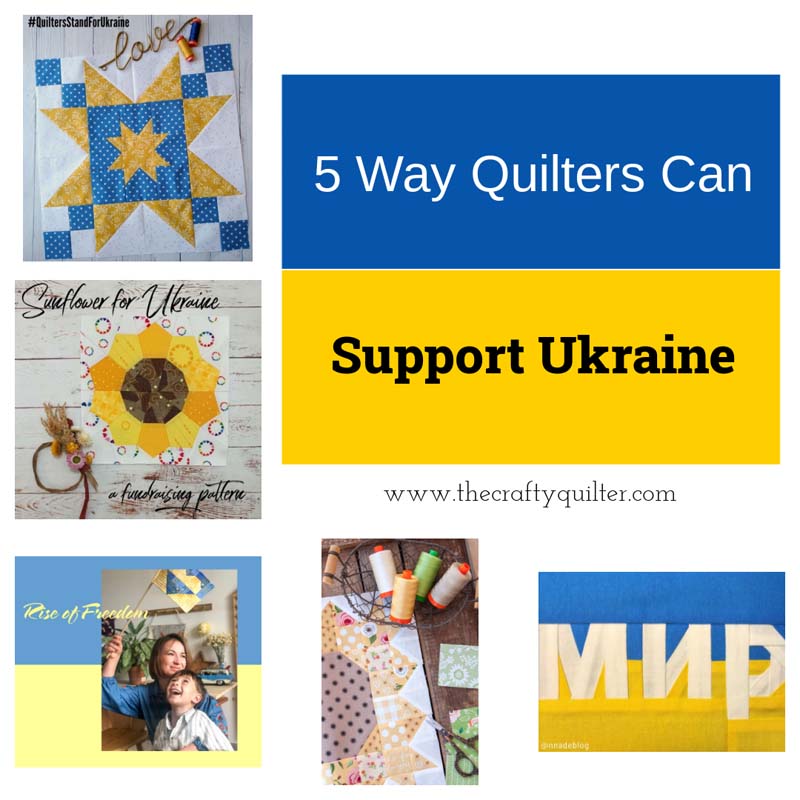